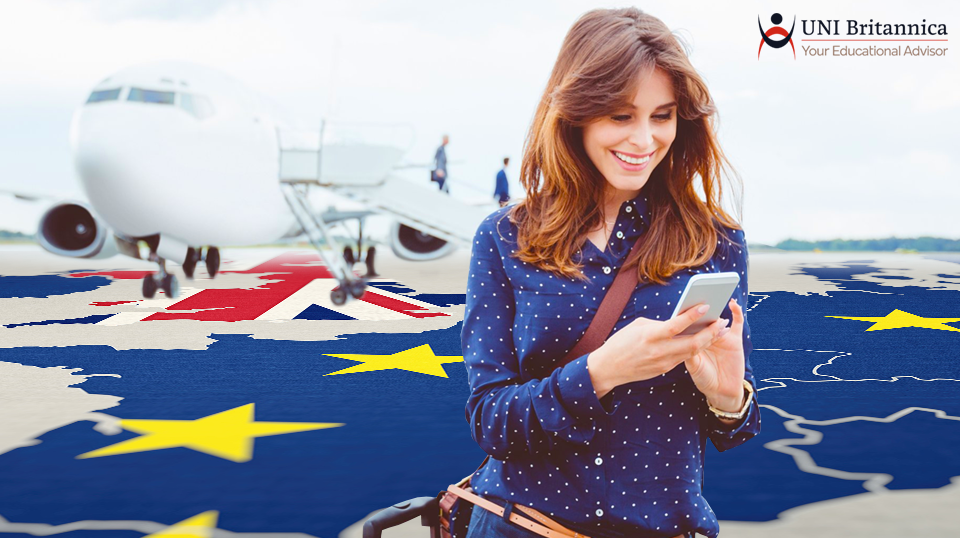 No roaming charges for British travellers until January 2022

Since 2017, the British have been able to travel as EU citizens to any other EU countries with NO roaming charges while making phone calls, texting or surfing online with their mobile phones using their UK SIM cards.

The service, popularly known as "roam like at home", remains applicable for the UK holidaymakers this summer, as mobile operators still offer their roaming services at domestic prices for British travel in the EU after Brexit.

Currently, there are NO requirements for users to register or take any action to benefit from the roam like at home plan.

How does it work?

If you travel in any EU country, you can roam like at home from your British SIM card. You can call any other British number from the EU or the UK, which means NO roaming fees will be applied. You can use your phone to surf and browse on Google, YouTube or FaceBook, as well as speak on WhatsApp or Viber, according to your home plan.

However, if you call a European operator from your British phone number while you are in the EU or UK, this will be counted as an international call and you will be charged with EU roaming, which currently is around £0.20 per minute.

This is set to change as Brexit's trade deal with the EU does not include UK phone operators. The new roaming scheme for British providers (after Brexit) will come into effect in January 2022.  Some mobile operators have already introduced their extra fees and packages.

Breakdown of the upcoming fees:

The first major operator to announce that roaming fees were coming back. Anyone who signs up or upgrades their plans from July 7th 2021 will be subject to roaming charges at an unspecified date in January 2022.

We learned that Vodafone were also planning to reintroduce roaming fees. Like EE, this is expected early next year, but with a specified date: January 6th, 2021. This applies to anyone who signs up or registers after August 11th, 2021.

O2 has yet to formally announce the return of roaming fees. In June earlier this year, they only mentioned that up to 25 GB of data could be used without incurring additional charges while roaming in Europe.

What about other phone providers?

As Orange, T-Mobile and Virgin operate on the same networks owned by EE, they are subject to the same rules. Three  (which also own ID Mobile and Smarty) have not announced any changes to their current plans. GiffGaff, Sky Mobile and Tesco Mobile operate on O2's networks and will follow their policies. Lebara, Asda Mobile and Voxi will be on Vodafone.

Need advice on studying in the UK? Having trouble navigating courses or Student Finance? Speak to an advisor or browse our course catalogue today.