More than 605K international students enrolled on UK universities in the academic 2021. This is a historical number of applications for British higher education.

There are currently almost 206K non-EU undergraduate students in the UK and almost 247K enrolled at the postgraduate level. The total number of EU students in Bachelor`s courses in 2021 is 109,145 and almost 44K have been accepted into Master`s programs.

Only in England, the total number of EU students is 124,395. Most of them come from Italy (12,400). Romania and France are the other two countries to send a large number of young people to study here. 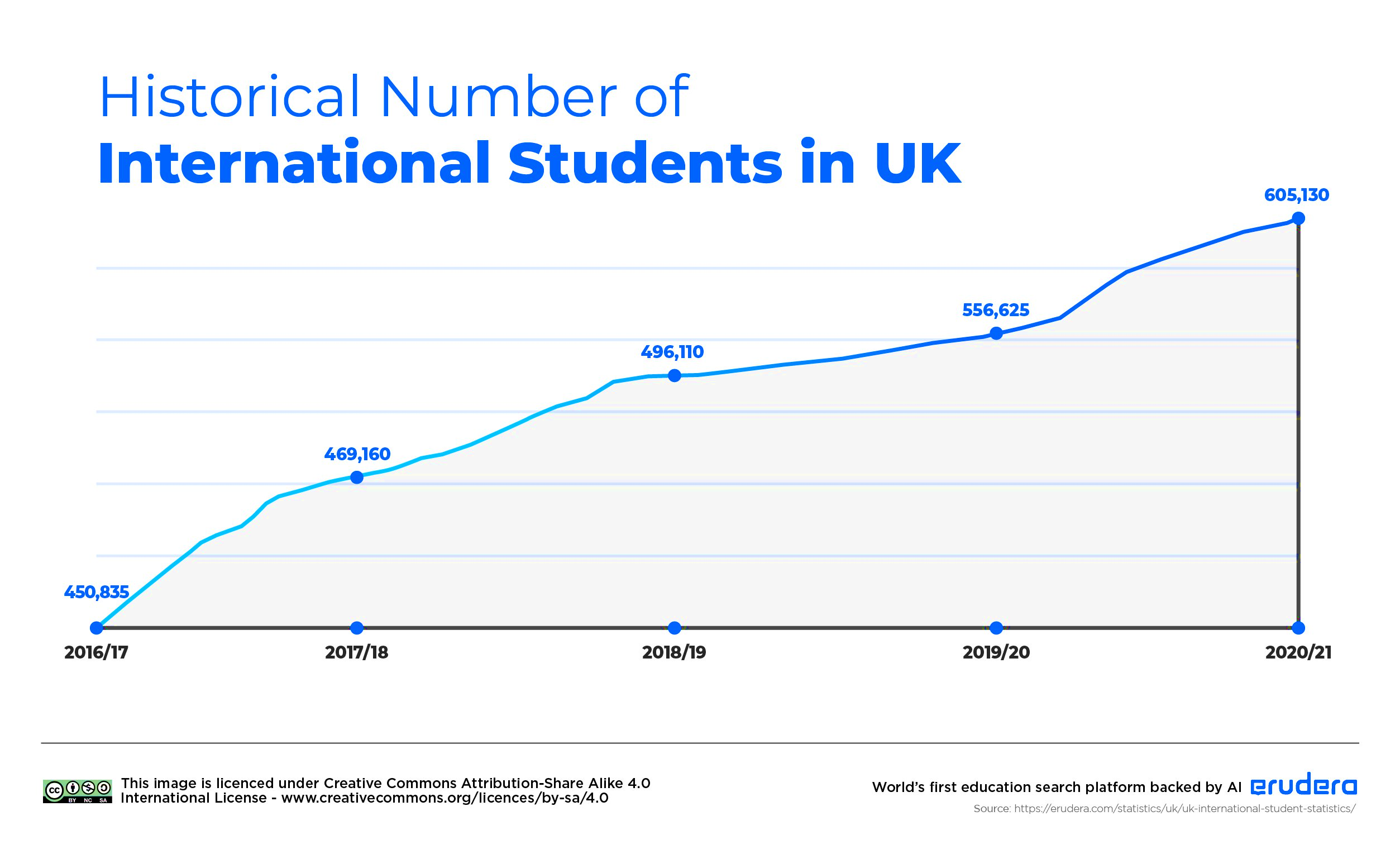 The university with the highest number of non-EU students in England is University College London with 17,945, followed by the University of Manchester.